Auction properties are attracting at least double the number of buyers to open inspections than private treaty homes, a study by Ray White Lower North Shore has found.

Mr Matthews attributed the trend to buyers believing vendors were serious about selling and to the fact auctions provide transparency with regards to market value.

“When buyers see an owner going to auction, it’s very clear they’re going to spend on a concentrated advertising campaign and generally owners don’t commit to spending that amount of money without an intent to sell,” the MD who is also an auctioneer said.

Mr Matthews said while buyers can come to an auction and see what others are prepared to pay, private treaty sales offered no visual competition: “It’s a statement of what it’s worth to the owner”. Auctions create a sense of urgency among buyers, who may make a good offer early to prevent a property going to auction, or see if it’s passed in and then jump on it. Because buyers must have finance in place prior to auction, they have to be serious.

A summary of the 52 weeks to July shows the clearance rate for local properties selling under the hammer (typical four week campaign) was 50 per cent. However, 66 per cent of properties tracked sold prior to, on the day or within 30 days of auction, demonstrating a flow on effect from the campaign itself. 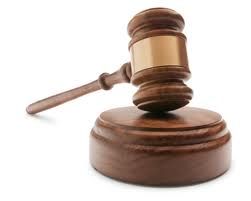